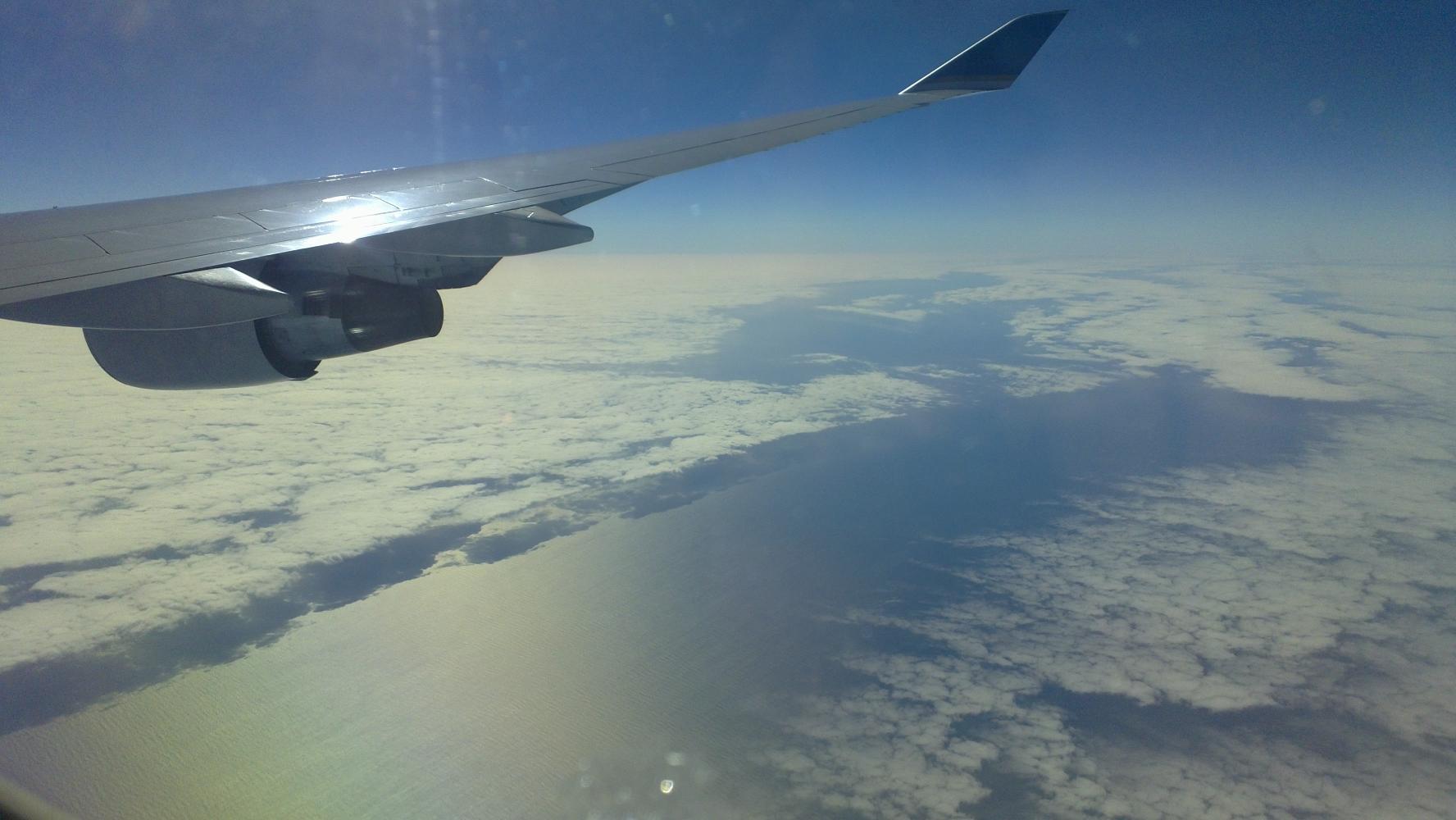 Photos from Across the Pacific

I recently visited the US west coast, where I will be moving next month. Here’s some of the pictures of the beautiful natural scenery I took on my trip.

It starts before I even land in the US, with a great view out the plane window in the morning.

The gradients, the procedurally generated textures, and the wonderfully stark drop shadow all combine for a lovely image. I also like how in this one the clouds and effulgent sea blend together somewhat from the abundance of light. For context, here’s an uncropped photo showing the plane wing:

And another cropped photo highlighting the gradients and shadow:

I took a few more pictures after I landed in the US. Here’s a coastal shot, where again I’m just loving the sun falling upon the sea (with the clouds adding some more features to the landscape):

That was from a plane trip up the US coast. I also got a good shot of some islands, with the golden sunset shining along the coast:

Yes, the only photos I took were from the plane flights across the Pacific (on the eastern side). I’m not enough of a natural scenery fan to actually go out of my way to look at it, and I have simple enough tastes anyways. I’ll leave that to serious photographers anyways, it will give them something more productive to do than to rant about my terrible color balance in these photos 😉 .